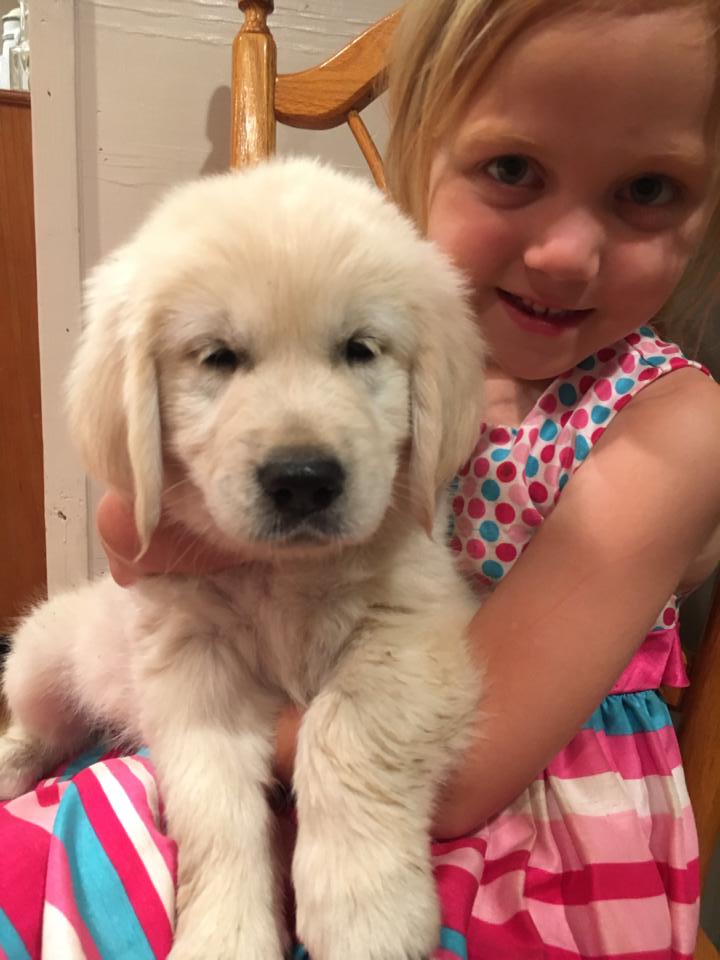 Golden Retrievers are famous for their sunny, easy-going personalities, and their beautiful coats! English Cream Goldens are named for their coveted, cream-colored coats and are extremely loyal, affectionate dogs that make excellent pets for the whole family.

Though no one can predict the future health and life span of any dog, statistics show that European/ English Golden Retrievers also have far less cancer and other health problems, including hip dysplasia than their American counterparts, as well as a two year longer life expectancy. 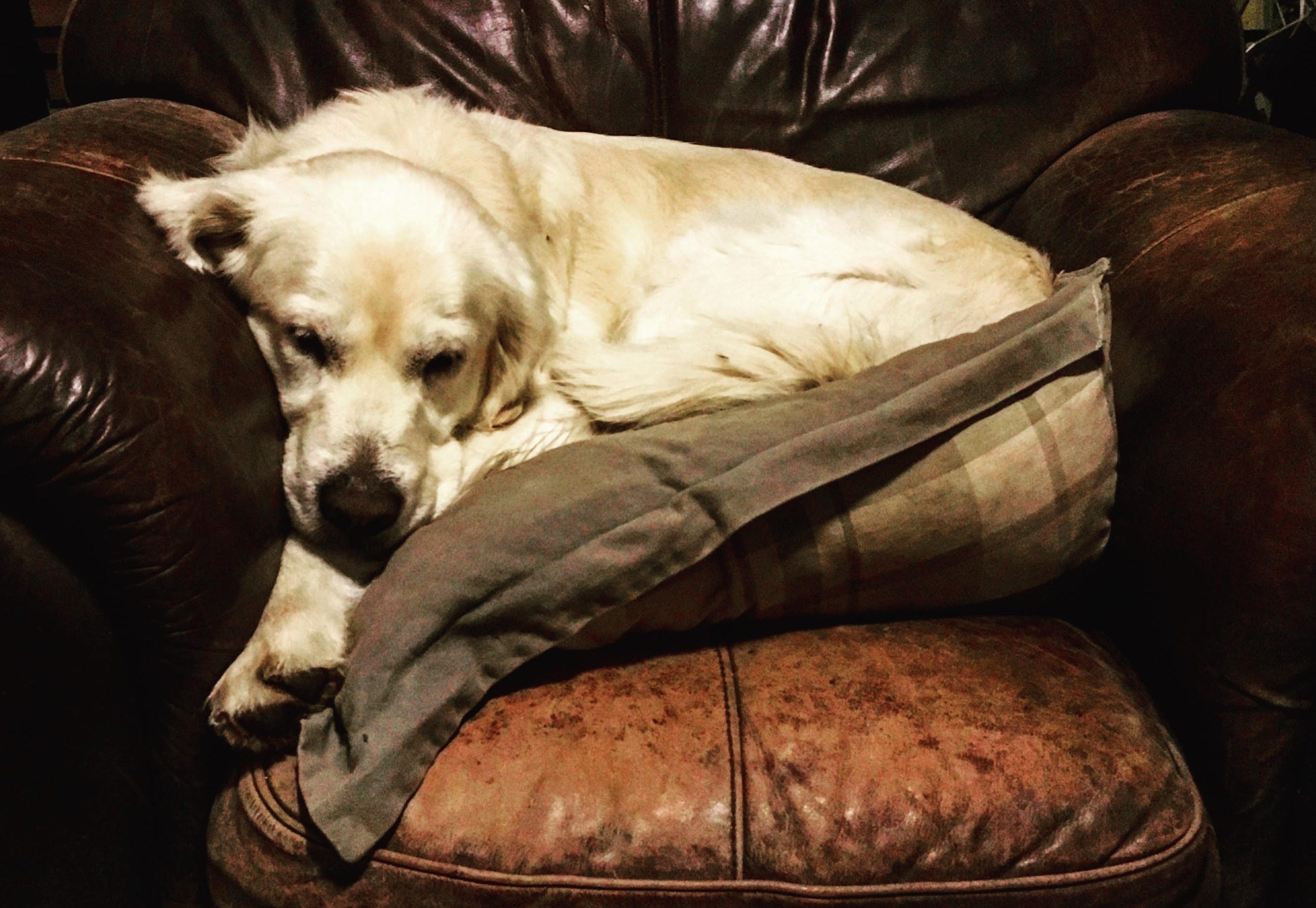 Our dogs live with us as part of the family, and have free access to roam our rolling 10-acre fenced-in property. When you come to visit, they will come to greet you, and you will get to meet them and your puppy's litter-mates in person! 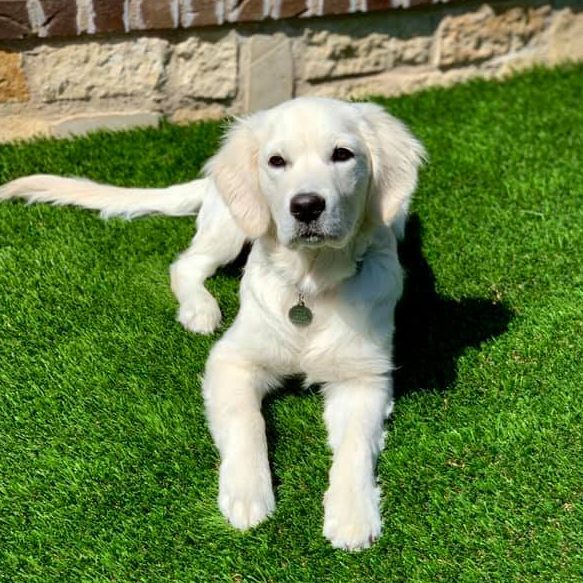 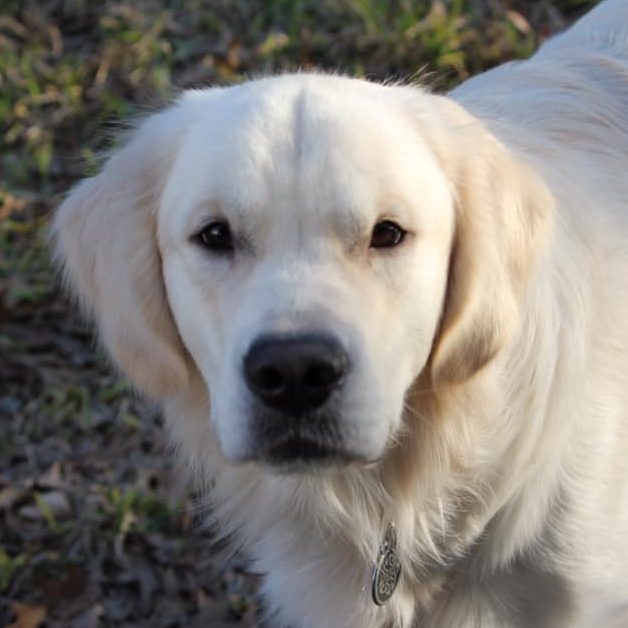 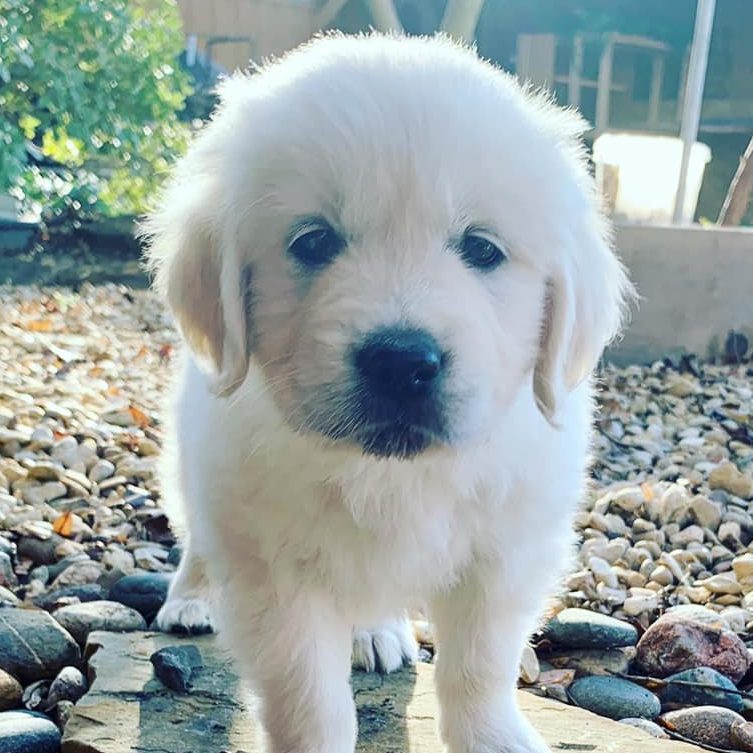 Why Others Choose Us

Part of the Family

Our puppies are lovingly raised as part of the family. Accustomed to an environment of children and grandchildren, they are well acclimated to interaction with humans and other pets!

Our adult dogs are fully AKC registered and hold championship IABCA titles. We only breed them when they are in peak health and monitor them closely at all times to ensure maximum health and vitality of our puppies.

All our puppies are from AKC registered parents, and are thoroughly vet-checked and current on all vaccinations before they leave for their new homes!

If your new puppy requires transportation, we can provide shipping solutions for an extra fee. Please Contact Us for details and availability.

Our standard (limited) AKC registration can be upgraded to the full registration for select puppies. Fully registered puppies are $3000, and requires an additional vetting process. Contact us for availability.

Puppies will have all age appropriate shots and worming, as well as health checked by a licensed veterinarian. We also offer an extensive health guarantee including a full- two years for hip dysplasia. Our full guarantee is available by request.

We believe in keeping things as simple as possible. To purchase a puppy, follow these steps:

To get started, call or fill out the form to send us an email.

Once you are ready, you may place a deposit on the puppy of your choice, and we will reserve it for you.

Once your puppy is ready to go, (generally at 8 weeks old) we will schedule a pickup date for you to pick up your new puppy! 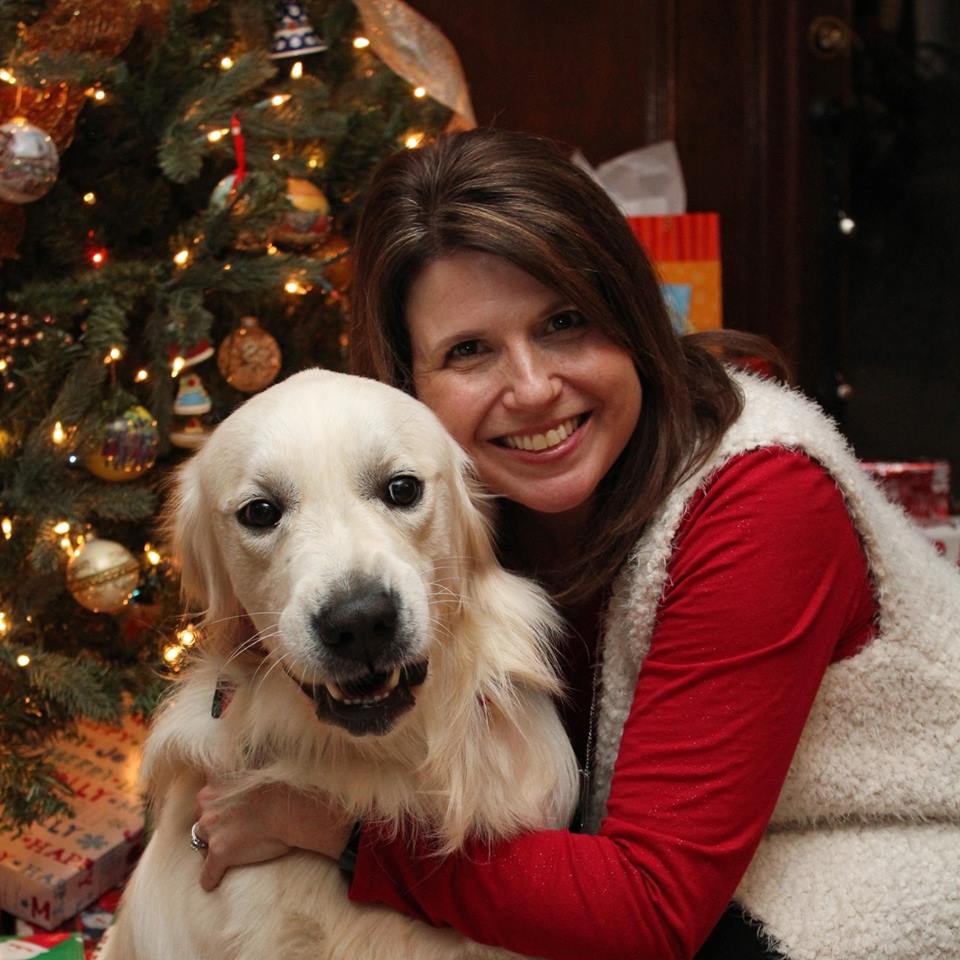 Such A Good Boy!

This is my Koda Bear...Such a good boy! He rings the bell to go outside, rarely has "accidents" and is doing very well on a leash. He loves to chase after sticks. We are still working on the retriever part of the game. 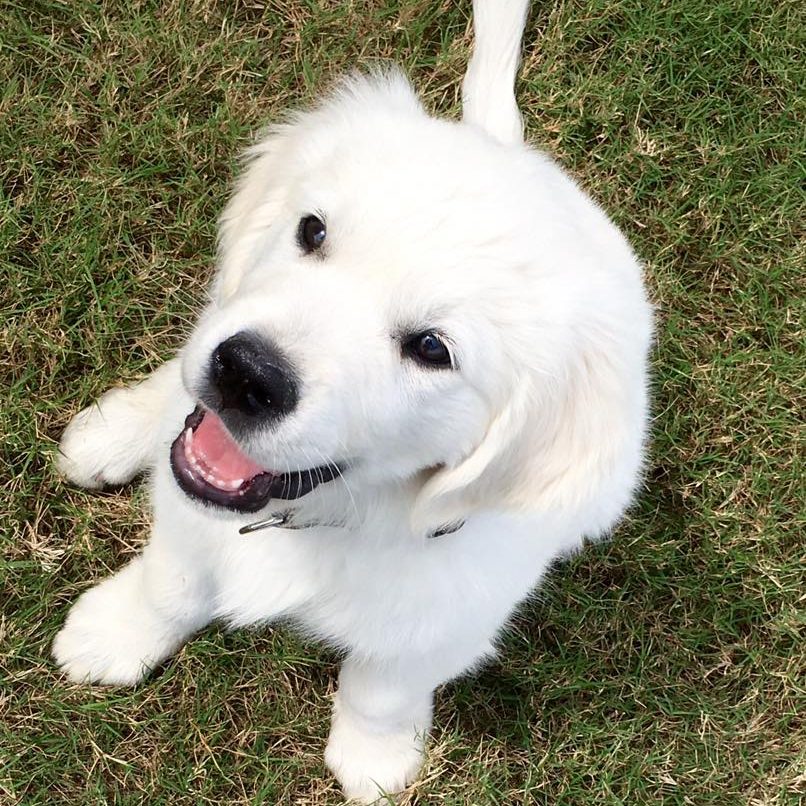 Levi is wonderful. Sooooo sweet. He spends most of his day trying to figure out how to get into mischief. 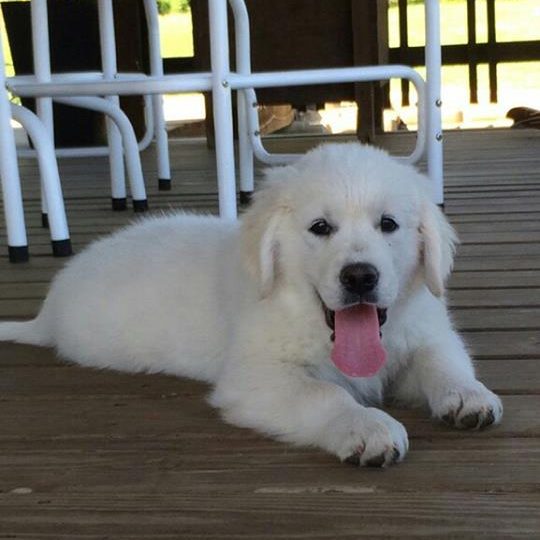 Luna is the Greatest!

Meet our newest addition to our family. LUNA is the GREATEST! 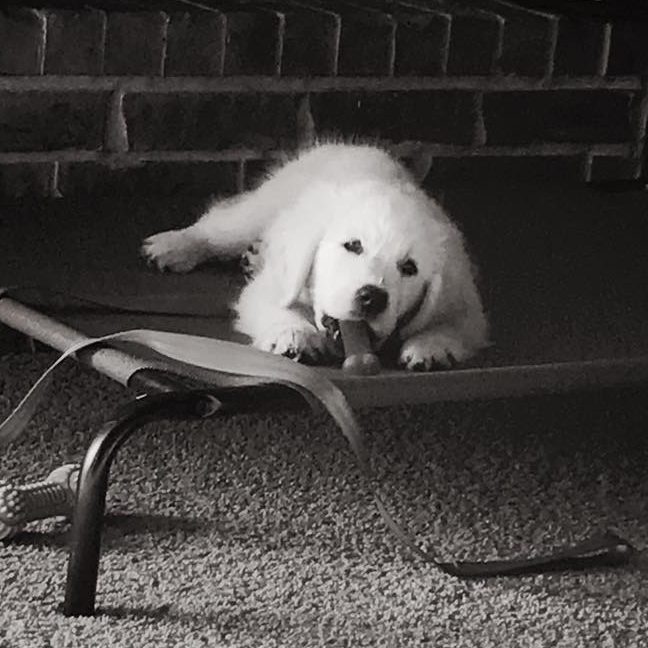 This sweet boy is so smart and so much fun! 14.6 lbs today (though he wouldn't be still on the scale!) 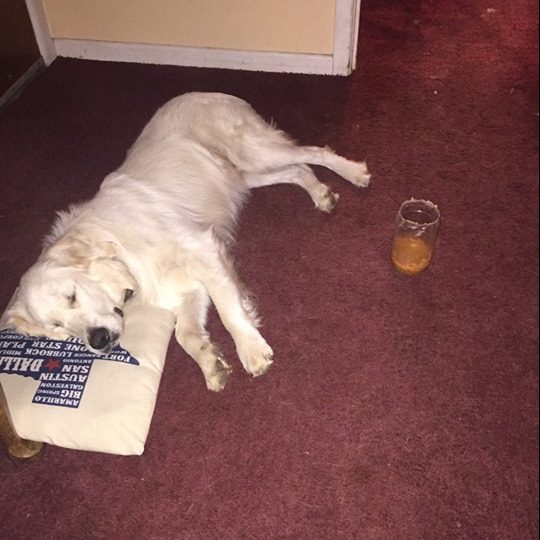 We absolutely love our Roary! He is so gentle, sweet, loving and great with kids and other dogs! He is spoiled and loves getting all the attention!! We could not have asked for a better dog! Thank you Cotton Field for our newest family member! 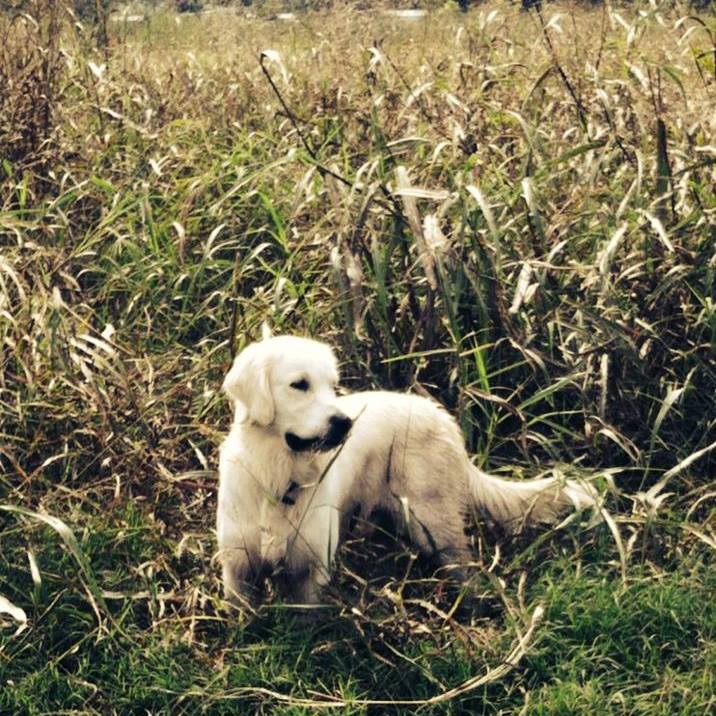 Get notified of new litters as they become available, updates and more!

Enter your email to get notified of new litters as they become available, updates and more! 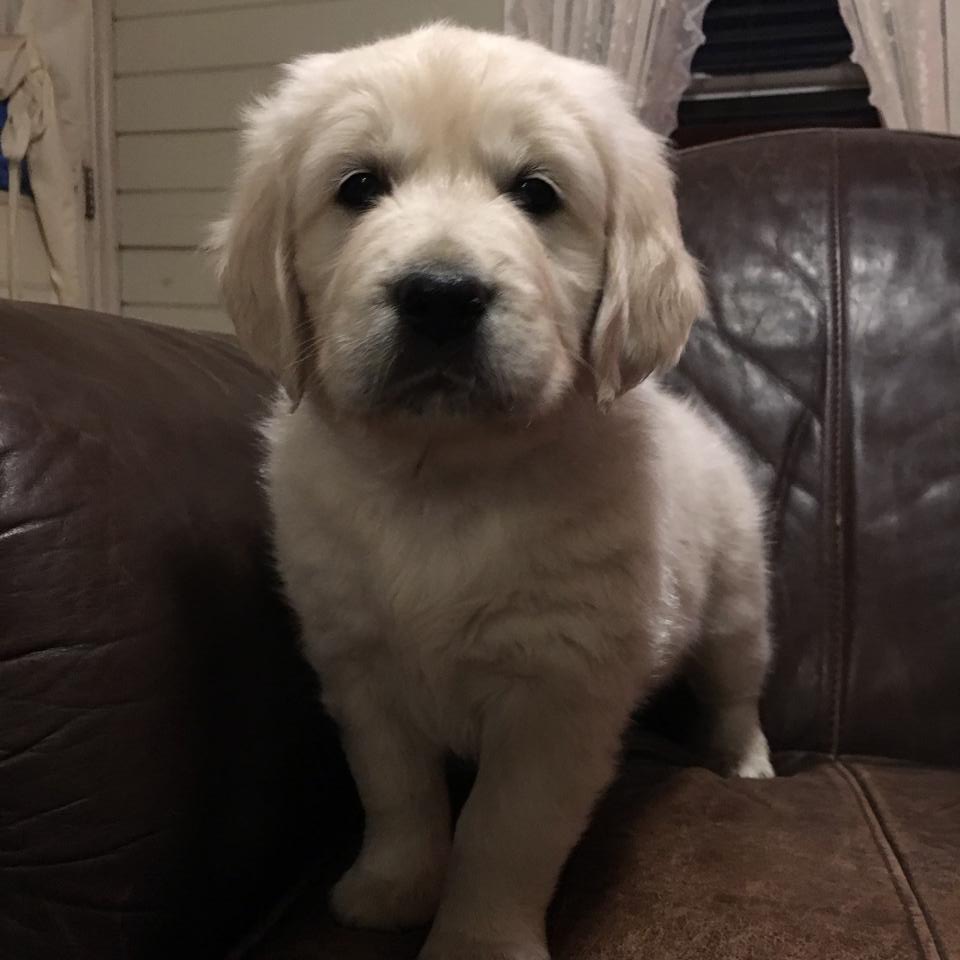 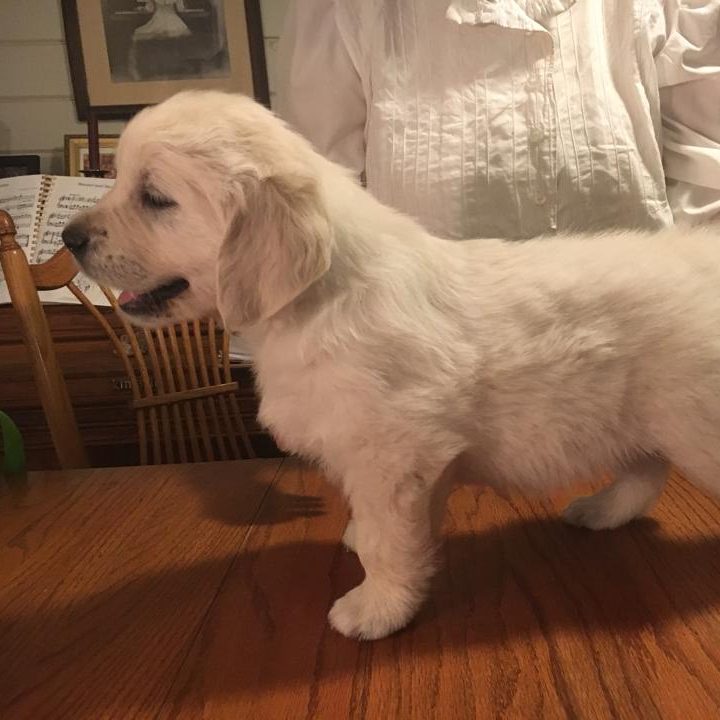 Remove Picture
Tell us your experience with Cottonfields Golden Retrievers!

Thanks for valuable feedback!